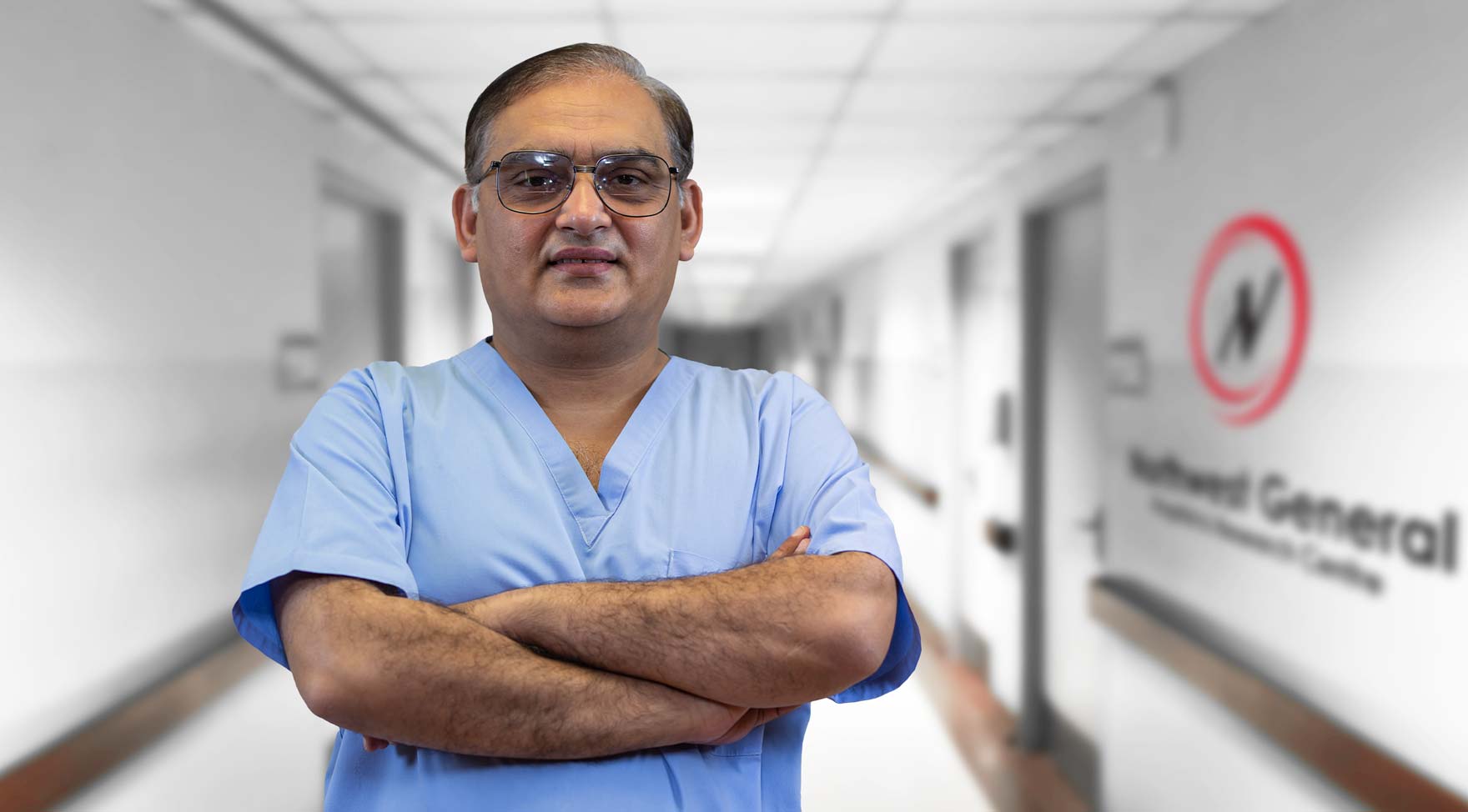 He has a wealth of experience attained over the years of his education and training both in Pakistan and abroad in the UK. On his return to Pakistan, he has been working as a Consultant in Northwest General Hospital & Research Centre, since 2013.

Dr. Hassan completed his MBBS and graduated from Khyber Medical College Peshawar in 1997. He then went on to obtain F.C.P.S. from College of Physicians and Surgeons Pakistan. After attaining these degrees, he proceeded for further education and training to UK where he obtained F.R.C.P. from Royal College of Surgeons, Glasgow. His continued interest in academia is evidenced by more than 25 articles published under his name.