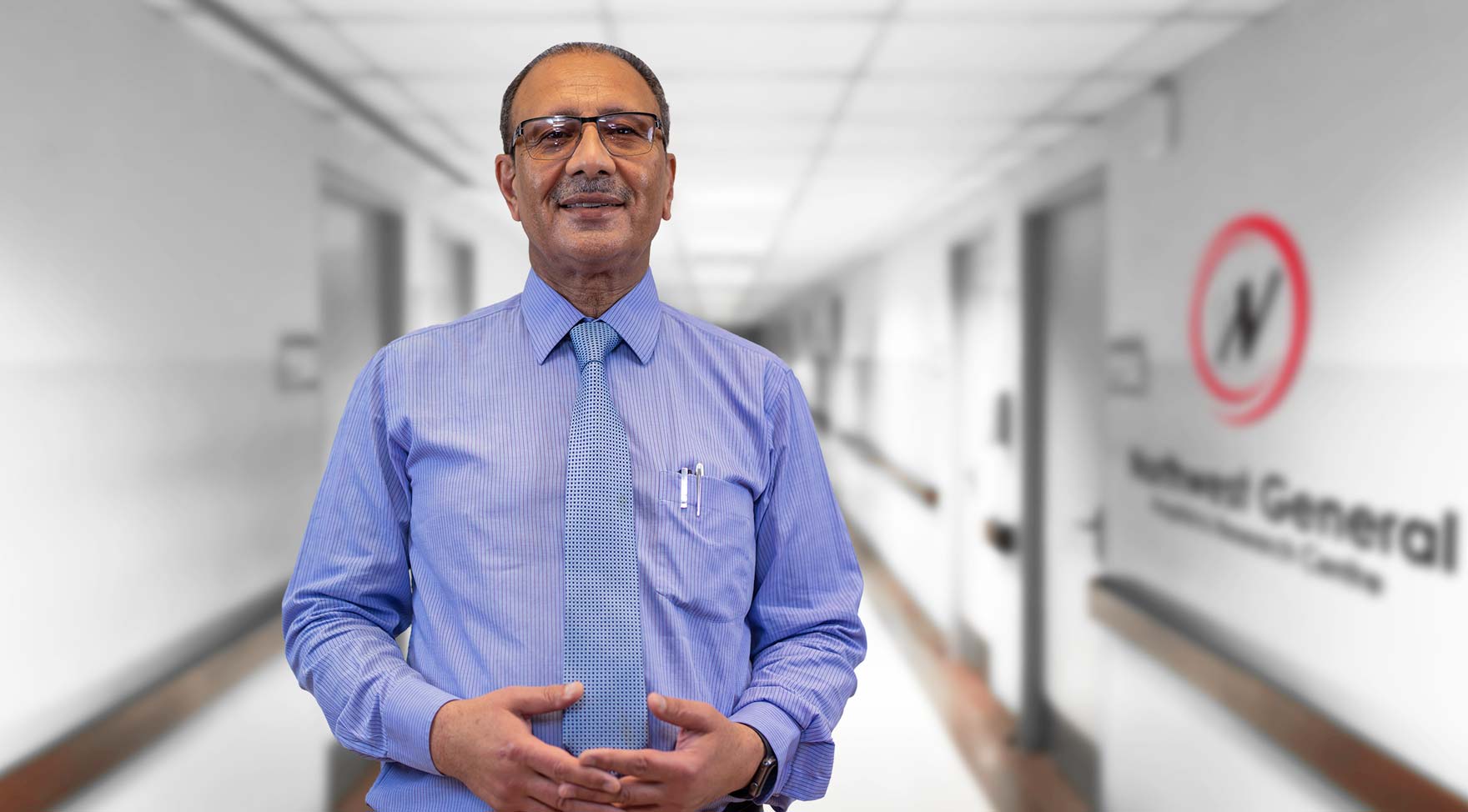 Dr. Obaidullah is a Plastic & Reconstructive Surgeon at Northwest General Hospital & Research Centre, Peshawar. His department is concerned with the restoration, reconstruction, or alteration of the human body. His area of expertise lies in cleft lips, palate and genital surgery.

Dr. Obaidullah holds the distinction of being the senior-most plastic surgeon in KPK who established plastic surgery in the province. Dr. Obaidullah is an acclaimed specialist in gender issues. He heads a team of other specialties in re assigning gender and various patients. He is internationally renowned for his work in burns. He has been a guest speaker all over the world and has numerous publications to his credit in national and international journals. He has also served as an examiner for plastic surgery post graduate examinations in Pakistan and abroad. He has a Reference in Textbook and is known for his excellent work in Hypospadias.

Dr. Obaidullah holds memberships with a number of bodies such as Pakistan Association of Plastic Surgeons (PAPS), American Society of Plastic Surgeons (ASPS) and International Society on Hypospadias & Intersex Disorders (ISHID). He is also a member of The Department of Medical Education at the College of Physicians and Surgeons Pakistan (DME – CPSP).

Dr. Obaidullah graduated from Khyber Medical College in 1983 with a Gold Medal. He continued his further education abroad where he completed his FRCS from Royal College of Surgeons, Edinburgh. Dr. Obaid has continued his work in academia as a guest speaker and as an examiner both at home and abroad. He also has a number of publications under his belt and his work is frequently cited in international textbooks.