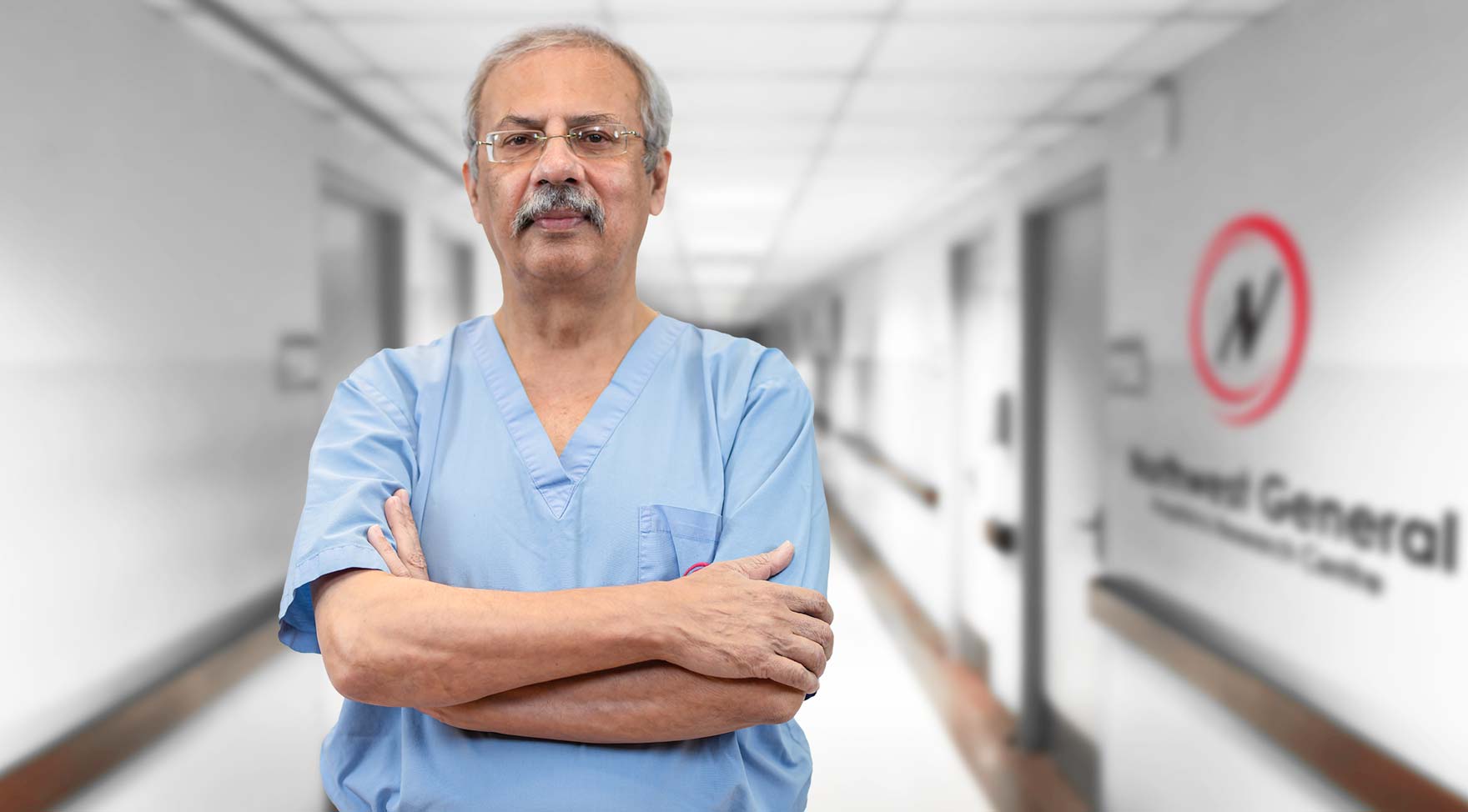 Dr. Tariq Khan Hashim is Consultant Neurosurgeon at Northwest General Hospital and Research Center, Peshawar. His role involves the treatment of disorders of the nervous system, particularly concerning the brain and the spinal cord. Dr. Tariq’s particular area of interest is skull base surgery.

Dr. Tariq Khan Hashim is counted amongst the best-regarded neurosurgeons in Peshawar, with over three decades of experience in the field of neurosurgery to his credit. Dr. Tariq Khan trained as a Neurosurgeon in Ireland and United Kingdom, and practiced  till  December 1989 at the Royal Victoria Hospital ,Belfast , N Ireland UK. Dr. Tariq Khan returned to Pakistan in January 2000, joined Lady Reading Hospital as Consultant, and then started a new Neurosurgical Department at Hayatabad Medical Complex, eventually leaving the hospital as Professor of Neurosurgery. Dr. Tariq Khan Hashim joined Rehman Medical Institute in 2001.  He shifted to Northwest General Hospital & Research Centre when it became functional in late 2009.

Dr. Tariq Khan Hashim is a member of the Pakistan Medical and Dental Council (PMDC), the General Medical Council of the United Kingdom (GMC UK), and the Irish Medical Council. He has also holds several appointments such as, Chairman of the Neurotrauma Committee in 2017, and Dean of Neurosurgery, College of Physicians and Surgeons of Pakistan since 2020. Currently, he is the Chairman of Alliance Healthcare, the parent company of Northwest General Hospital as well as the Chairman of Board of Governors, Northwest School of Medicine. Dr. Tariq Khan Hashim has recently joined Pakistan Medical Commission as member of National Medical and Dental Academic Board.

Dr. Tariq Khan Hashim completed his MBBS from Khyber Medical College in 1978. He then went abroad for his higher specialist training and completed his FRCS from Ireland. He also attained membership of the medical councils of UK and Ireland, after his training there. Dr. Tariq did his Neurosurgical training from University Teaching Hospital Cork  Ireland , Radcliffe Infirmary , Oxford UK , and Royal Victoria Hospital , Belfast N Ireland UK . He left Royal Victoria Hospital while working as a Senior Registrar.