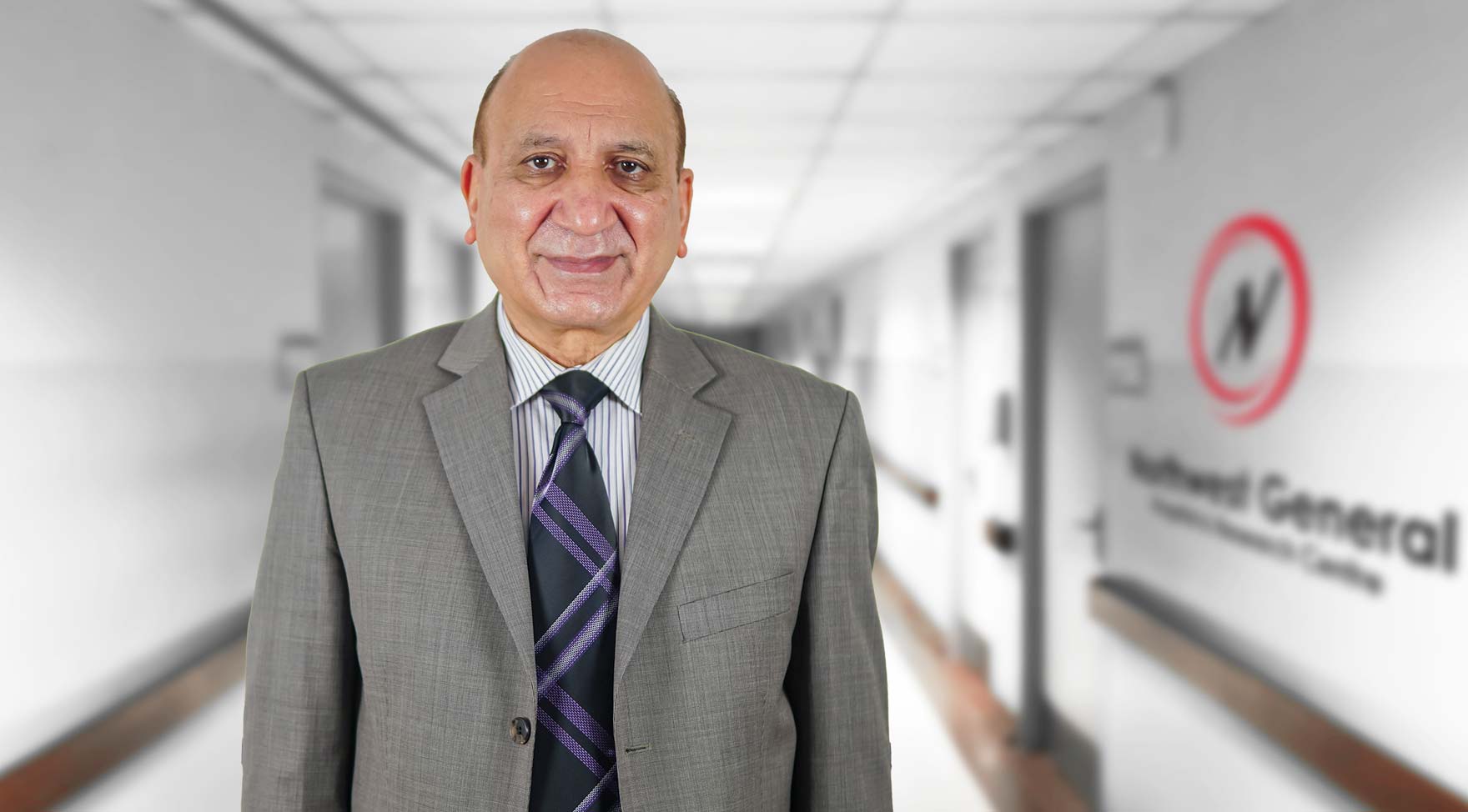 Dr. Mohammad Farid Khan completed Higher Surgical Training in Republic of Ireland from 1984 to 1992 and then continued to work as consultant surgeon with special interest in colorectal /Laparoscopic surgery in University College Hospital Galway Ireland from 1995 to 2009 where he was bestowed the award for best clinical tutor. Since then, he has been working at NWGH upon his return to Pakistan.

Dr. Mohammad Farid Khan completed his MBBS from Khyber Medical College Peshawar in 1976. He went abroad for further studies to Ireland where he attained his FRCS in 1992. He continued to practice and hone his surgical skills for a number of years. Additionally, he has also obtained a diploma in laparoscopic surgery from Strausberg, France in 2001.