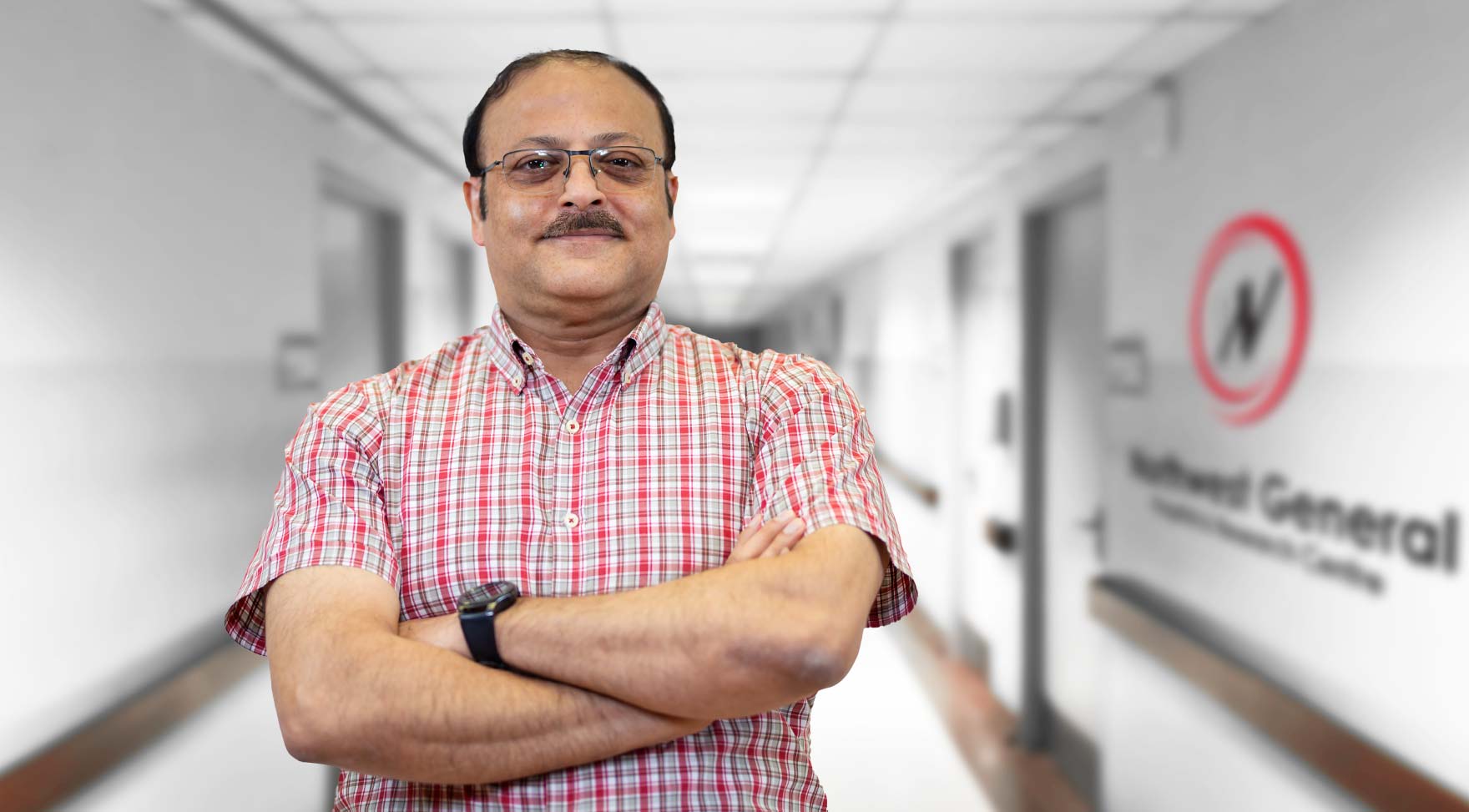 Dr. Bilal Sethi is Consultant Neonatologist and Paediatrician at Northwest General Hospital & Research Centre. He also serves in the role of Professor of Neonatal and Pediatrics at Northwest School of Medicine. Dr. Bilal holds extensive experience in general pediatric and pediatric Chest Disease and specializes in Neonatology and Metabolic disease of New Born. He has previously worked as Locum Consultant and registrar in Neonatology and Pediatrics Medicine in Waterford Regional Center and Wexford Hospital Complex, South Eastern Health Service, Ireland. After working in Ireland for 15 years, Dr. Bilal moved back to Pakistan where he has since worked to develop and expand the field of Neonatal Medicine. In the service of this goal, he has helped establish Northwest Neonatal Simulation Center (NNSC) which conducts NRP, STABLE and other trauma workshops. Dr. Bilal has also helped develop the Neonatal Emergency Transportation System (NETS Zango) at Northwest General Hospital. He also started Total Body Cooling for the first time in KPK to reduce disability in new born who have suffered birth asphyxia at time of birth. This treatment is only effective if started in first 6 hours.

Dr. Bilal did his basic medical education from KMC in 1992 and then continued to pursue his M.R.C.P. (Pediatrics) from Royal College of Physicians in London UK in 1999. He has also completed a Diploma in Child Health from the Royal College of Surgeons, Ireland in 1999.